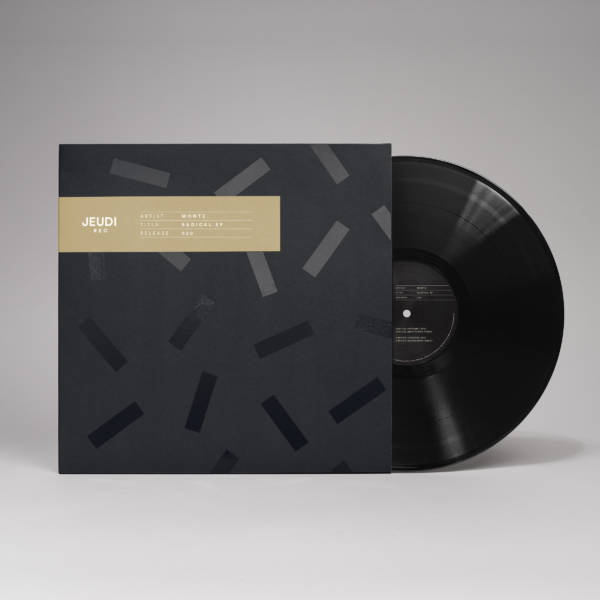 Since his frst appearance on JEUDI with “True” our favourite Monte has
developed his very own unique style. Coming from the nerdish synth
world and being a big Carpenter fan his now darker approach to his
sound was a consequent progression. We are great admirers of his art and
proud to present his 3rd release , the “Radical” EP on JEUDI records.

As remixers we have engaged Man Power who came to fame in 2013
and kept his real identity under wraps which has led him to be mistaken
for John Talabot or some other major artist. His recent album on
correspondant was incredibly well received. Washerman, Gianni Siravo
has been around since many years under diferent names releasing
since 1998 on drumpoet community amongst others. We have been
following their works for a while now and are very happy they said
promptly “yes” when our request came.

Radical
is a hymnic thick and deep monster with a master bass lead
constantly evolving to the bursting point when every part of the body
starts to shiver. “Radical” was a permanent feature of our summer sets
and always one of the highlights concerning crowd reaction.

Simpler is dark, trippy and cinematic. It’s a technoish path Monte is following here.
The raw sequence is fanked by rough brasses and spooky darkness.
Monte presses every bottom in this epic piece.