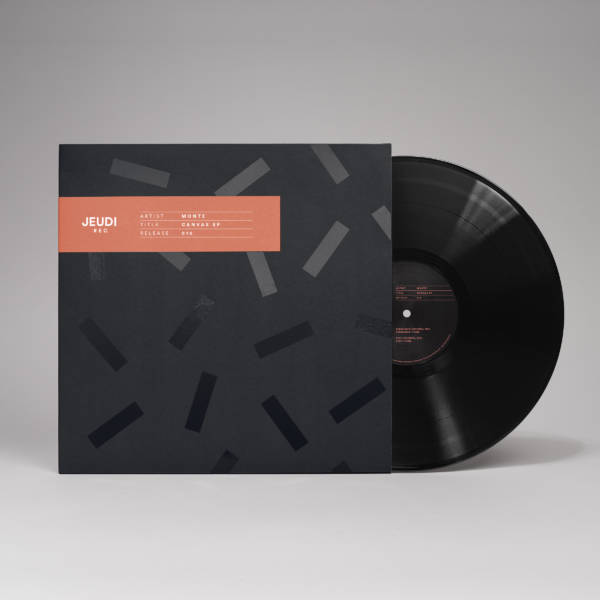 Finally we have him back. We just caught Monte before entering his white Ferrari and escaping back to the future in 1985. Monte first release „True“ on JEUDI Records became an instant hit in 2012 worldwide and since then he continued to cement his reputation as an absolute analog synth specialist and connaisseur of the 80s era soundscapes. Nevertheless Monte has had many musical influences. His upgrowing was also domintated by the sound of Kraftwerk, the 90s techno sound and his love for film soundtracks. With his first solo EP he is bringing it all together. An extravaganza and a deep journey into sound.

A1 Bubblegum (Original Mix)
Without a doubt you will find Monte’s trademark bass sound in this techish, stormy piece.
It’s also an opus with a huge build up reminding of Vangelis in its best manners. A beat to remember because his musical handicraft gets extensively introduced and you will find out what talented creations come out of Monte ́s electronic machine brain.

A2 Bubblegum Theme
As Monte is giving us two very special bonus variations of his main themes of this release. This one refers to the classic hollywood soundtrack music. The beautiful piano variation of the „Bubblegum“ theme flows into an epic symphony.

B1 Push (Original Mix)
A heavy bassliner Monte is bringing up here. An ideal for a racing game soundtrack or never the less a dancefloor smasher. A full loading speed sound with packages of energy inside. Monte ́s soundworld on this track is combined with pinpoint arpeggiator synths and a rough shivering bassline.

B2 Push Theme
As a part of his 80’s film sound track studies Monte has created his very own version of the „Push“ theme. Made with loads of analog gear of that era and bringing in some real musicians dedicated to the sound of the 80s. Enjoy the cruise in a white and shiny Ferrari Testarossa through a sundowning Miami Beach scenery. So much to discover and still more to come soon.